London, Spice Girls, Hamilton and 9to5

The gloomy skies of south eastern England greeted us as we exited the Eurostar tunnel on the English side of the channel. While the gloomy weather with balmy top temps of 14 lingered for our three day stay in London, it didn’t dampen the excitement of arriving back into London.

Thom and I have both visited London a few times now so feel we have ‘done’ the main tourist things. Buckingham Palace and the changing of the guard, Westminster Abbey, a stroll through Hyde Park and rides on the famous double decker buses have all been done on previous visits. This visit was all about the west end and the Spice Girls. 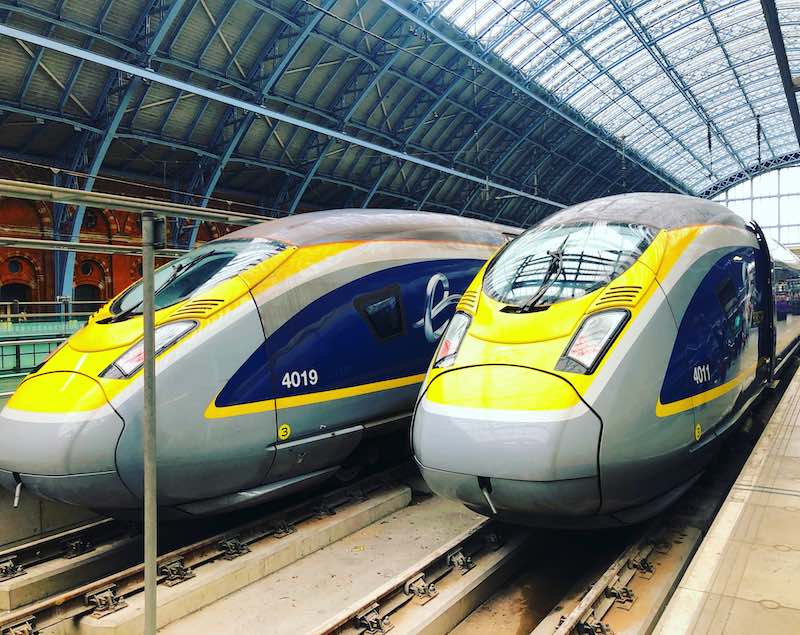 I’ve never taken the Eurostar before so arriving directly into St Pancreas station was something new for me. With immigration completed in Paris before boarding we simple stepped off the train, topped up Oyster cards and headed for the circle tube line to our hotel at Tower Hill. Despite my love of flying I enjoyed the train ride and would do it again for the convienence of arriving into central London.

Our hotel for the stay was the very trendy CitizenM at Tower Hill. Located directly above the Tower Hill underground station it was an easy transfer from Eurostar to Tube to hotel lobby. I’ll write a review of this hotel later but in brief it overlooks the Tower of London and is very hip and trendy.

The skies opened as we arrived at the hotel so with gloomy weather now accompanied by rain we relaxed at the hotel for the afternoon. After a wee little afternoon nap we took the underground to Victoria station for the highlight of the evening; Hamilton. 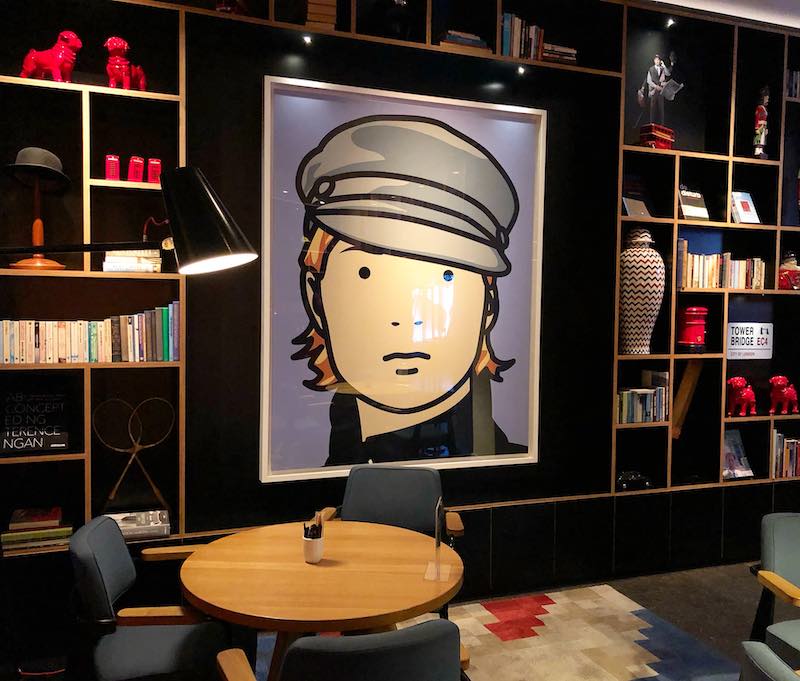 In an unfortunate sign of the time we live in now an explosive detector dog screened everyone before entering the theatre and all bags searched before entry. While it wasn’t any inconvenience, it’s sad that these extra security measures are now just part of life here.

Hamilton is the story of a forgetting founding father of the US and the rise of the American way of life. It’s been a sell our show on Broadway since it started and has since been selling out in London’s west end. An amazing show with an rap’esce score, amazing vocals and choreography. If you haven’t already seen it, get it on your to do list (it comes to Sydney in 2021). 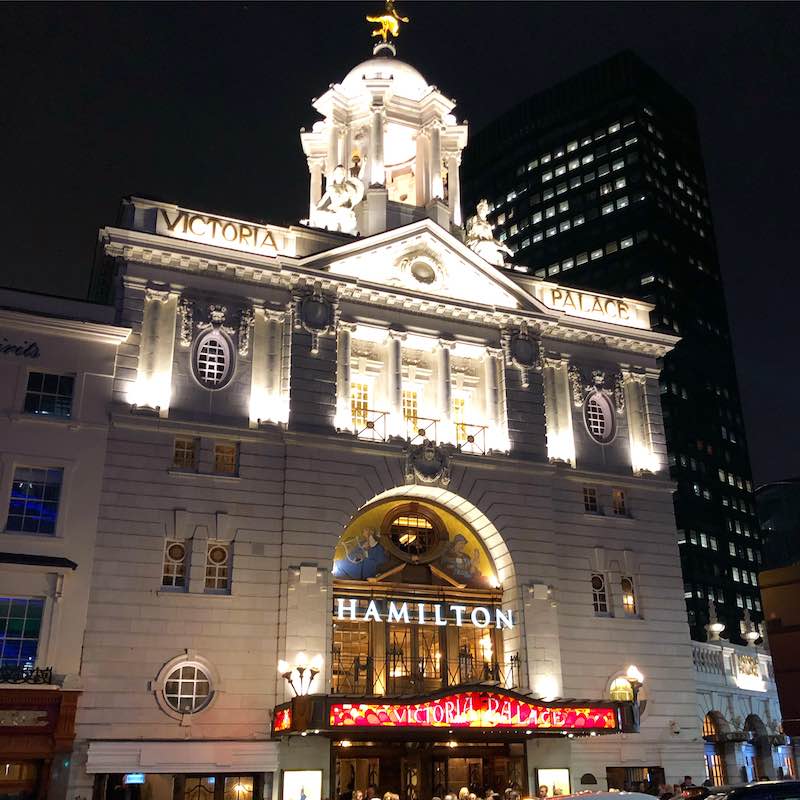 In true English fashion we started our next day in London will a full English breakfast at a local cafe. Needless to say, no one really comes to England for the food. While ok it wasn’t something one would travel across the globe for. The barista (and I use that term loosely) was perplexed at the thought of making a soy hot chocolate saying ‘I’ve never made that before’. While gloomy, it wasn’t raining after breakfast so we took the chance to walk around tower hill, including climbing the Tower Bridge and it’s glass floors before the rain set in and out a dampener on the day (pun intended).

I unashamedly had a five hour afternoon nap to try and get rid of a cold before the main reason for the holiday tonight. Back in November tickets went on sale for the spice girls stadium tour of the UK. This kicked off a series of events that led us to taking a month off work and travelling around Europe, with of course a spicey stop off in London. Luckily my nap paid off and made me feel human again to enjoy the show. 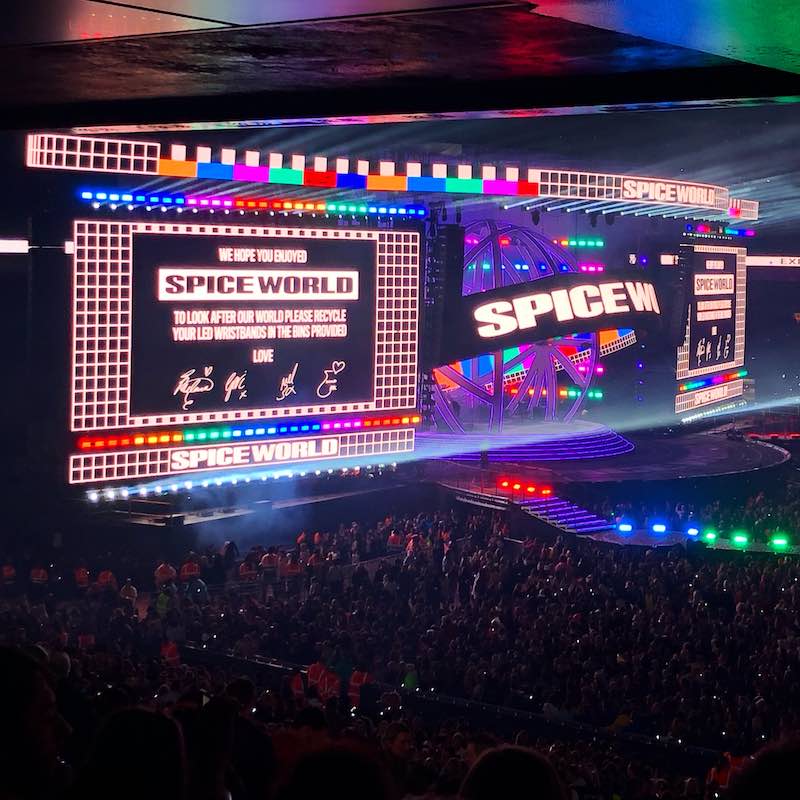 Getting around London is just so dam easy. We walked five minutes to Aldgate and took the metropolitan line for about 30mins out to Wembley Park for the stadium concert of the year. After having another quality British meal at a local bar (naturally playing Spice Girls songs) we headed into the stadium with 90,000 of our closest friends for an amazing show.

Words can’t really describe the experience well, so I’ve included a few videos of the girls in action. The vibe was filled with happiness, equality, acceptance and overall a hell of a lot of fun. While the British may not be great at cooking a burger they can cook up some atmosphere!

The show finished with Wannabe and the crowd went off as the final fireworks and confetti ended the show. The crowd were full of excitement as 90,000 of us headed for the nearby underground stations. Groups sang along together as we we were herded quite orderly to the station and onto the waiting tube trains back I to central London. Despite the massive crowd, it only took about 30mins to get on a train, and the same again to get back to the hotel. It’s a night that I won’t forget soon. 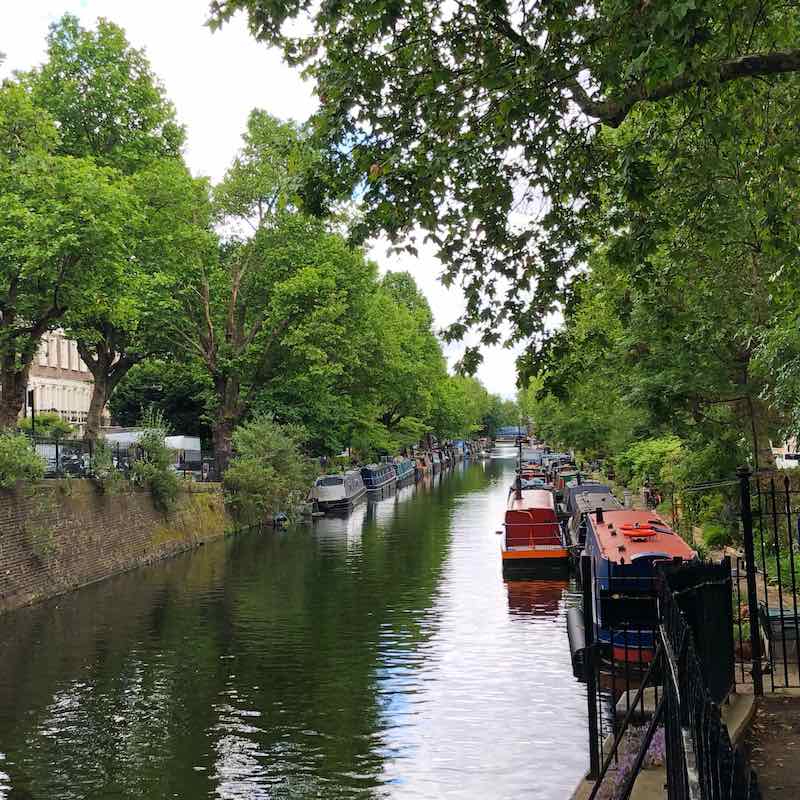 Friday was mainly another reflection day although I managed to have a look around little Venice behind Paddington station when I caught up with an old colleague for lunch.  While the area is called little Venice it looks a lot more like the canals of Amsterdam than that of Venice. None the less it was a nice area for lunch and was a tranquil spot in the normally busy Paddington area. I recalled seeing ads for floating spa boats that could be hired along here which I didn’t see, nor would the weather today be that great for it anyway.

Our last night was reserved for Thom’s birthday present. A night at the theatre to see 9 to 5 the musical. While I was sceptical going in, it was a hilarious, giggle filled, laugh out loud show with intermittent video appearances from Dolly Parton herself. It also had a great message about gender equality. If it comes to Australia, go see it. Thom was excited to see a Love Island UK ex participant in the cast tonight, as well as a  guy with some seriously hard abs! 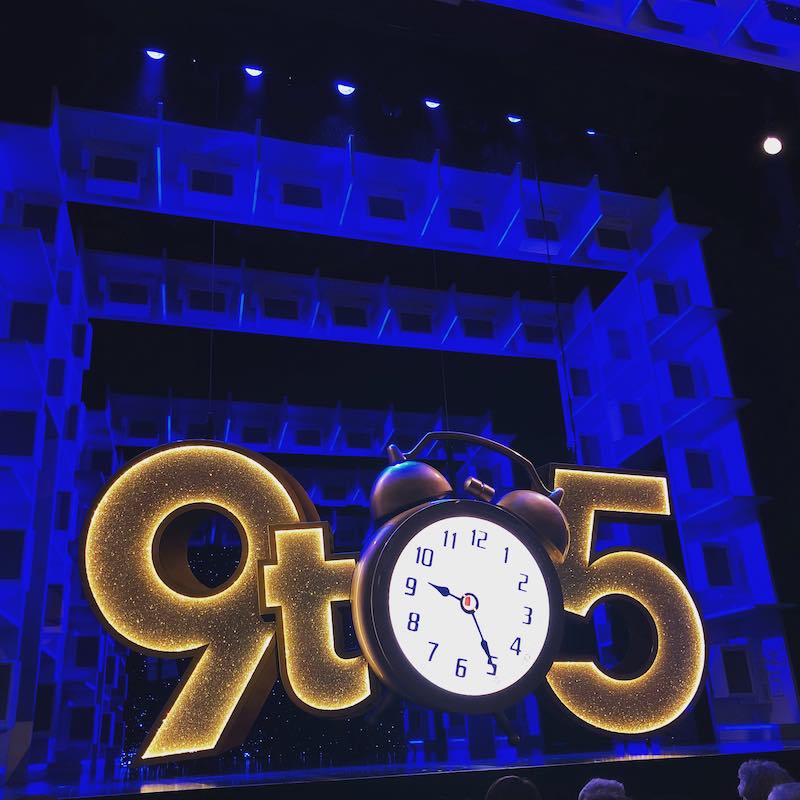 Our three days of theatre and music ended with a short ride on the DLR to London City Airport for our flight to Zurich. While our days were quiet here our nights were a blast. In the three times I’ve been to London there has only been one night where I haven’t seen a show. I love London and would easily visit here again and again just for the variety of shows on the west end. Farewell till next time London, I’ll be back to spend the last £6 on my oyster soon. 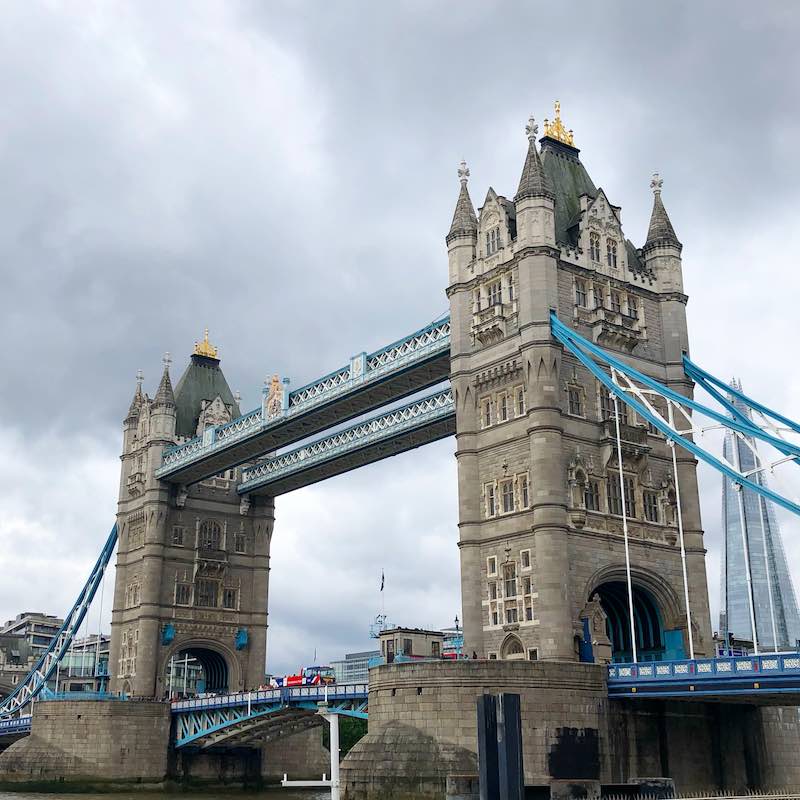 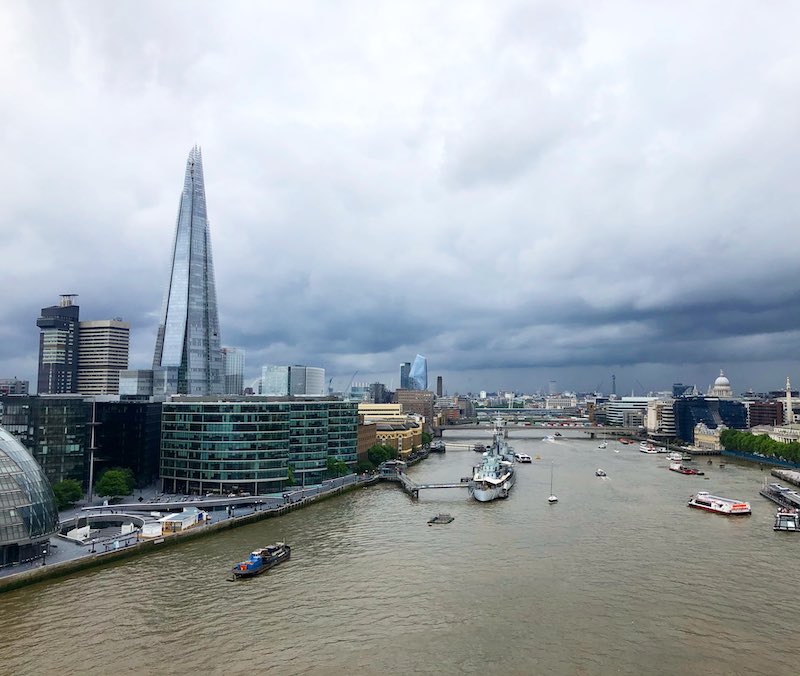 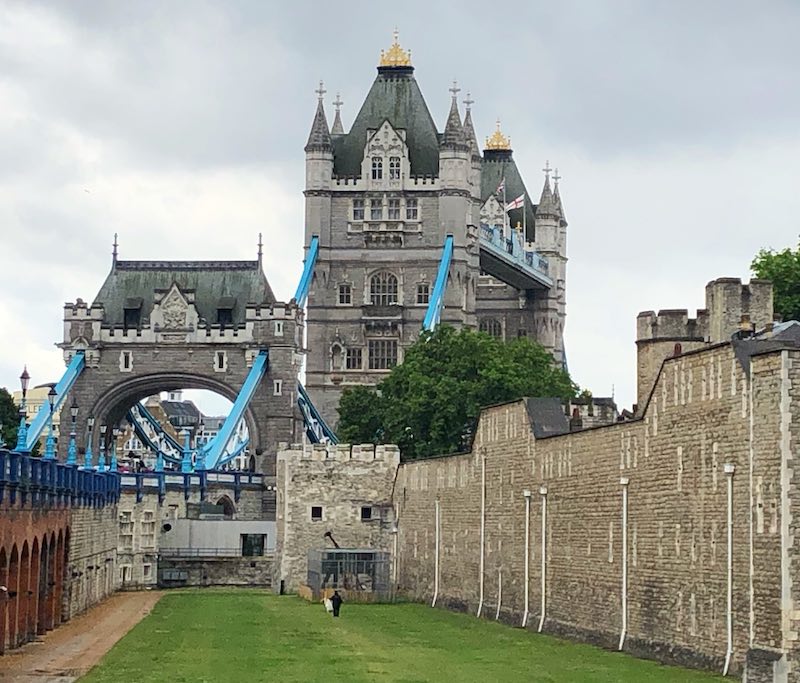 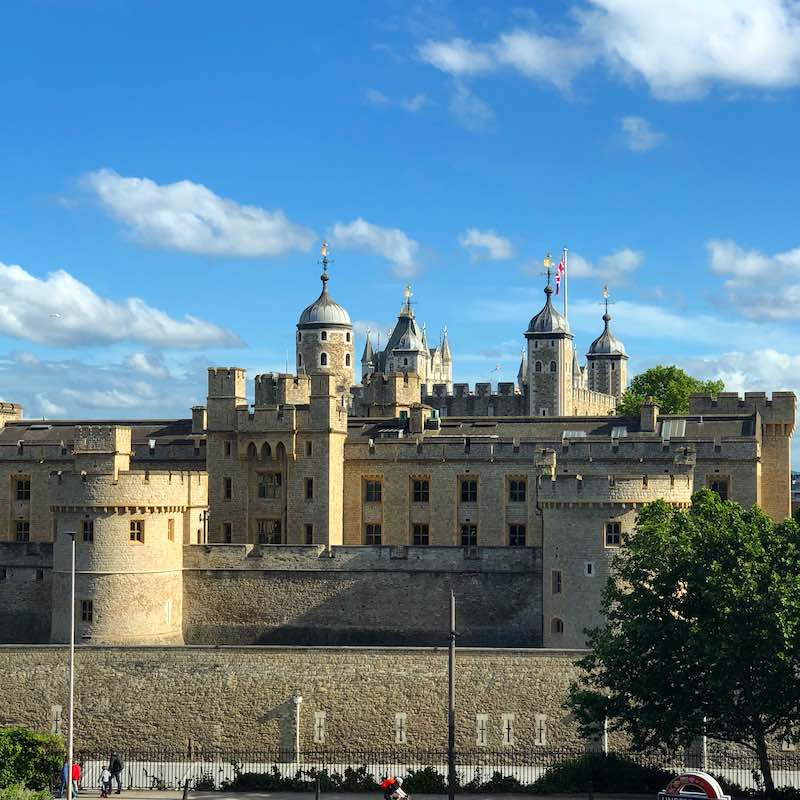