Class: Economy (in a Business Seat)

Terminal: Ballina airport is a small regional airport serving the Ballina and Byron Bay regions. Although it is a small airport, it’s actually laid out pretty well and seems like it works like an airport much bigger than it really is. Like most small airports, it has departures on one side and arrivals on the other, and keeps departing passengers in a secure waiting room when its time to board (an announcement is made requesting that passengers clear security when the departing aircraft arrives). 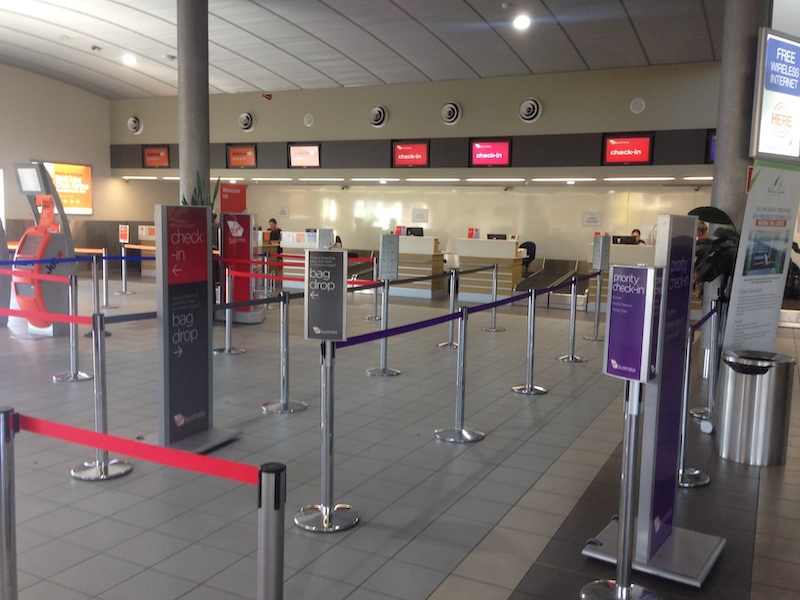 I cant put my finger on why it felt like a bigger airport, perhaps it was the free WiFi, but none the less, it impressed me and I hope they have a good plan to attract more destinations to serve this region. In regards to my flight, I had used online check-in and boarding was opened to Platinum, Gold and passengers from partner airlines with status prior to general boarding. The climb to the top of the stairs was briefly delayed as the crew hoisted a wheelchair passenger on board, after which I boarded and assumed by position in seat 1A.

Departure: We pushed back a few minutes behind schedule owing to the slightly late arrival of the incoming aircraft and cleared the gate area in time for an arriving JetStar A320 to clear the runway and occupy our gate. We backtracked to the north of the field ready to take off into a strong southerly wind. With brakes applied, the engines revved up before we were pushed into the back of our seats with a fast yet effective take off roll. A few bumps were experienced as we passed some cloud levels before a relatively stable flight towards Sydney. 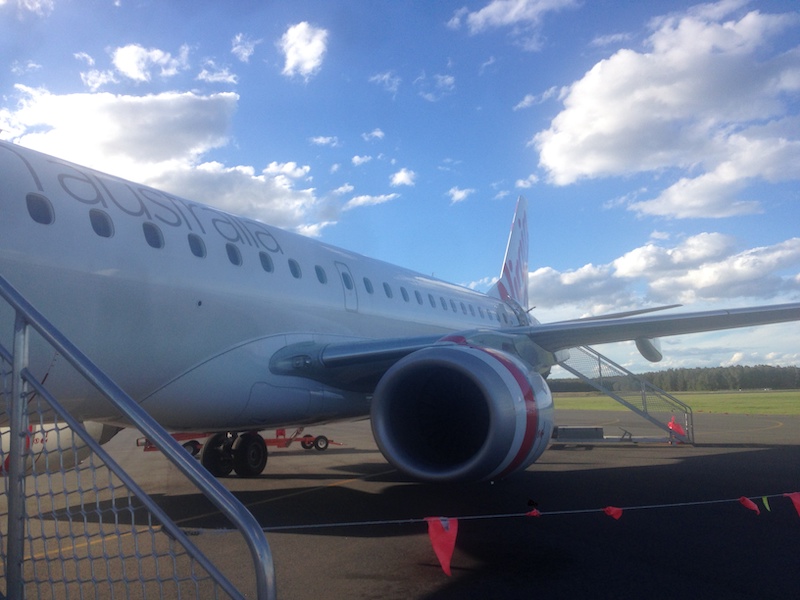 Seat: 1A. This seat is actually a business class seat however as business class isn’t sold on this route I was able to select this seat as an economy class passenger. The seat is covered in the standard Virgin Australia grey leather, provides ample width and legroom (only limited by the bulkhead), has decent recline and the fold out tray table easily holds a laptop and a snack securely. Row A in the business class cabin are all solo seats in the 1-2 configured cabin, providing privacy and comfort for solo travellers. 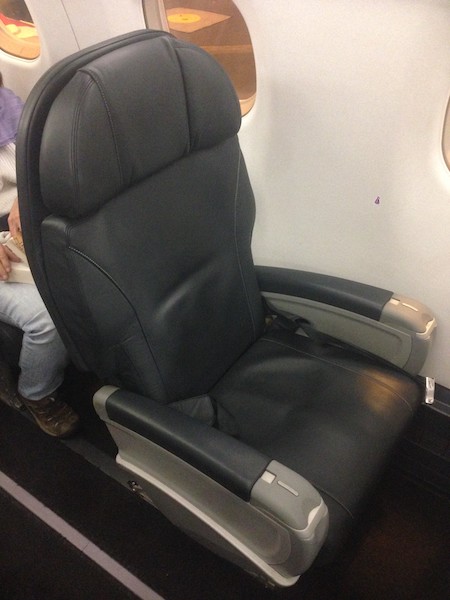 Aircraft: Embraer E190 (VH–ZPR). These aircraft have relatively recently (in the last year or 2) been retrofitted with business class cabins in a 1-2 configuration and economy cabins in a 2-2 configuration. I really like the more personalised feel, larger windows (which unfortunately are oddly misaligned with many of the seats), 2-2 seating and quick boarding / disembarking that these regional style jets provide. The only flaw is the size of the overhead bins, which struggle to fit many roller bags, and on the A side of the business cabin, struggled to hold my orange blog bag. 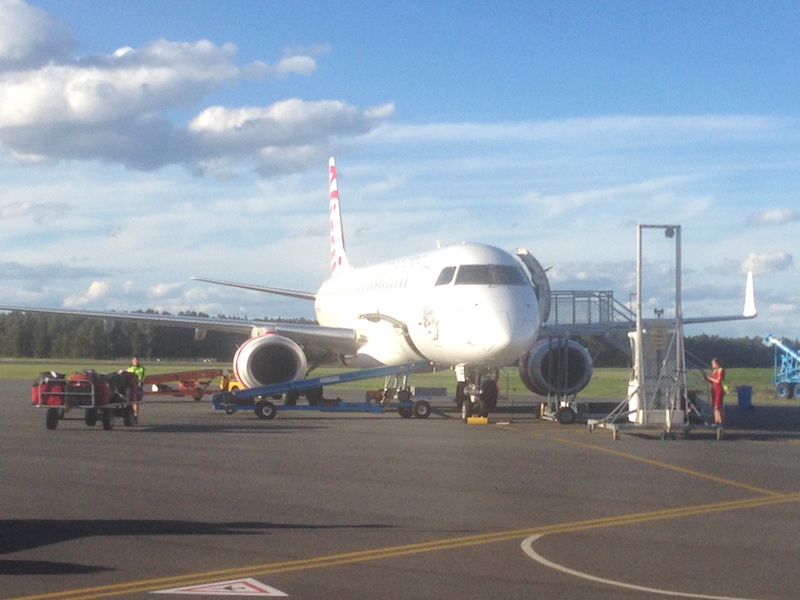 IFE: No IFE was provided or offered on this flight. Given the short nature of the flight at just 54minutes, it probably would be too busy to provide a buy on board food service and rent tablets. I watched an episode of Miranda on my macbook before fitting in a short nap as my IFE. 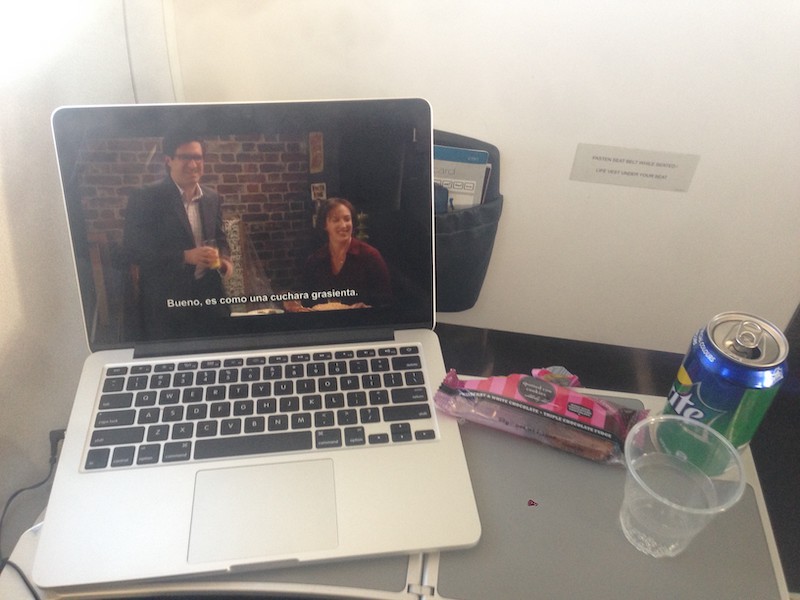 Meal: Although Virgin Australia now provide meals or snacks on selected routes, this isn’t one of them, so it’s strictly a buy on board affair unless you want the complimentary juice or water. I opted for my favourite – A cookie pack with a can of soft drink. This tied me over, but I was careful not to eat too much as I didn’t want to spoil my dinner that was waiting for me at home – Spaghetti Bolognese @JacksonThomT style! 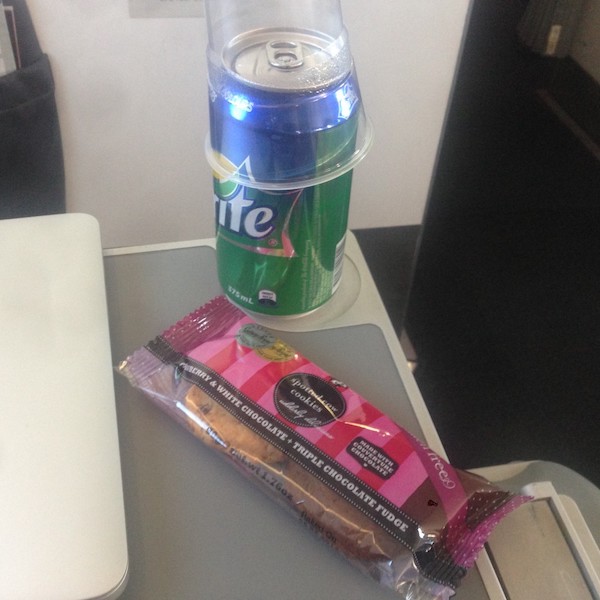 Arrival: I was peacefully sleeping for the first stages of our decent before being woken my a bit of turbulence as we passed a few layers of cloud and changing winds on approach to Sydney. Although originally the captain had indidcated our approach would take us over the city providing views on the left had side of the cabin, we instead were out to sea and coming in on the more usual botany bay approach. We touched down on time and after a few aircraft moved out of our way, we were at the gate. 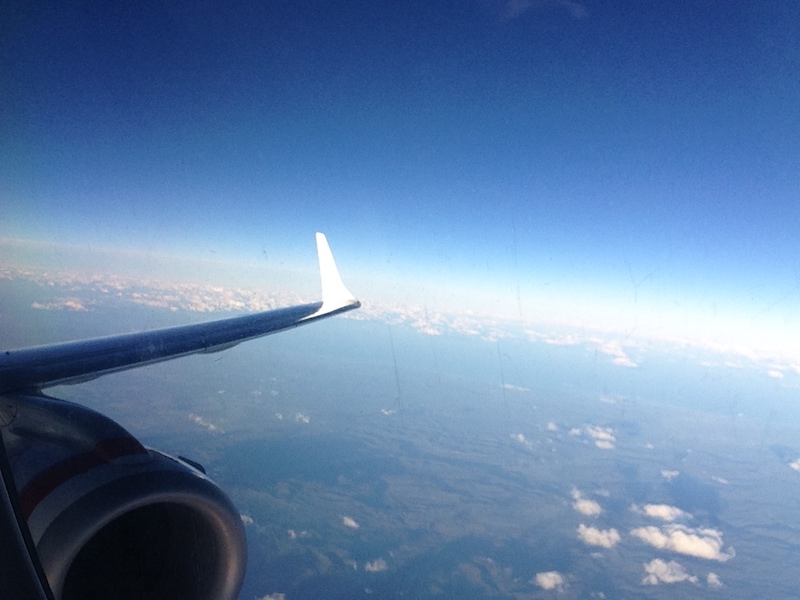 After disembarking, a rather disgruntled passengers was in the hands of the Australian Federal Police (AFP) after being removed from a nearby flight. Needless to say, my day would be ending a lot better than hers, although given her condition I doubt it would be a memory she’d keep for long. 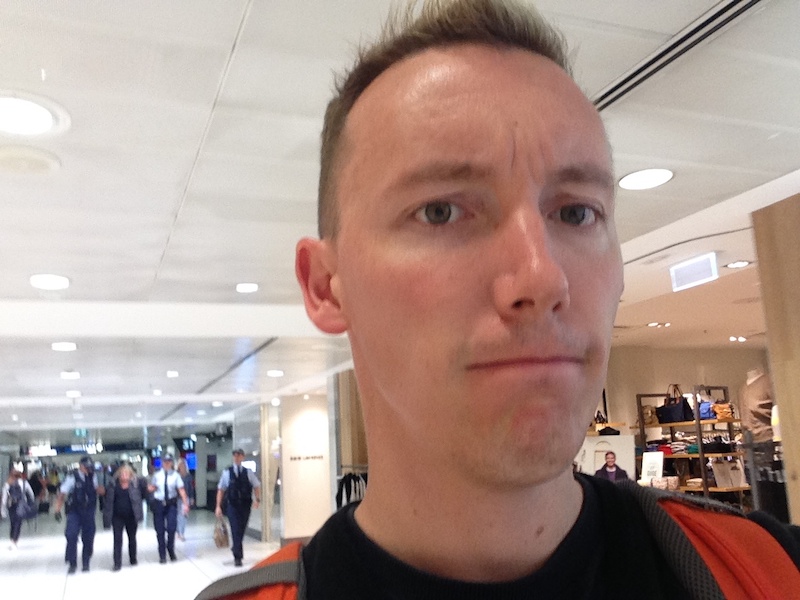 Crew: The Melbourne based crew were friendly and attentive during the flight, welcoming to all passengers and provided a comfortable and relaxing flight down to Sydney.

Overall: Flying on a new route is always exciting for an #AvGeek, at least it is for this one, so flying the Ballina to Sydney route for the first time comfortable in a business class seat at the price of an economy one did not disappoint.