Arriving early from our Melbourne connection allowed us some time to enjoy a meal in the lounge. We both choose the beef steak which was cooked to perfection and one of the best I’ve had in a while. A very quick shower and a clean T-shirt made me feel a little more human before it was time to depart for Paris.

It was time to board our flight to Paris to really start our Europe adventure for 2019. Our flight departed from gate C17, which is a short walk from the Emirates First lounge in concourse C. For those familiar with Dubai, this concourse lacks the full terminal length lounges of the other concourses, yet for it’s compact size it is relatively quiet. 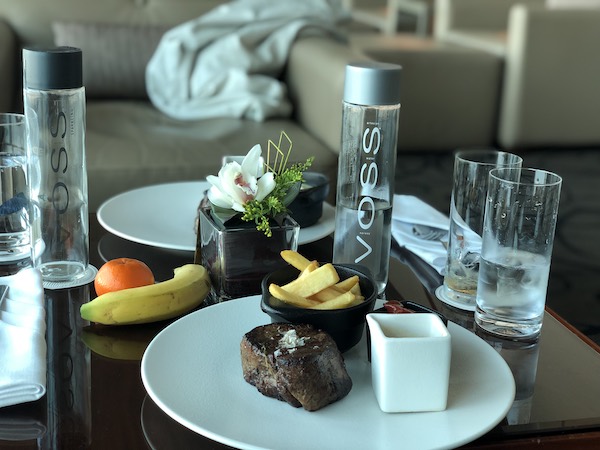 Boarding was a little chaotic compared to our previous flight with an arrogant French couple complaining and holding up the doorway before eventually being moved to exit row seats. The flight attendant requested the passengers bags be put in a locker for take off, which was met with resistance.

The couple eyed their bags like seagulls at a beach as they were safely secured in a locker in front of them. Anytime someone walked near the locker they appeared ready to pounce. People watching is such a funny sport sometimes.

Another couple failed to board so we had a slight delay as their bags were offloaded and we could depart slightly after schedule. The captain advised of a flight time of 6:30 hours, meaning we were likely to still arrive in Paris on time, if not a tad early.

In the past my flight reviews have been just that, a review of the service. While this will have elements of that, I’m also enjoying looking out the window and thinking about the journey we are taking over a part of the world I’ve been reading about lately.

Departing to the north we flew directly out over the Persian Gulf before passing landfall again a short time later over Kuwait. Following the Tigris river from the Iraqi port city of Basra we flew inland across Iraq along this historical river. While the landscape on either side appears barren and void of all life, dark patches appear near the river as it snakes it’s way across the hot dessert below.

Despite lines zigzagging and forming what appears to be neat parcels of land, the land below appears to lack any sign of life. Why so much fighting has plagued the region is perplexing, until you remember the rich oil deposits that lay beneath that repeatedly seem to take the west to war.

Passing to the right of Bagdad we continued to head north along the river before light cloud cover obscured the view above Mosul. Having recently finished reading The Silk Road by Peter Frankapan I cant help but reminisce on the tales of ancient traders who have fought over the lands below for a Millenia. Basra, Baghdad and Mosul are only names that I’d otherwise have heard on the news in relation to fighting or battles. It’s interesting to be flying over these cities today.

The cloud cleared as we approached the border to Turkey. The flat desert plains gave rise to mountainous terrain that replace sand with snow capped mountains. The harshness of the landscape below and how early traders transversed these regions in centuries gone by is mind boggling. 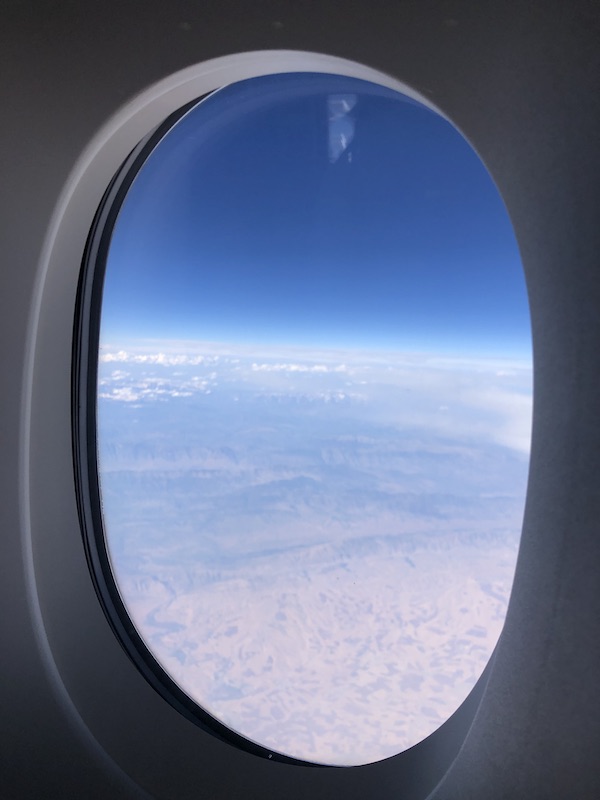 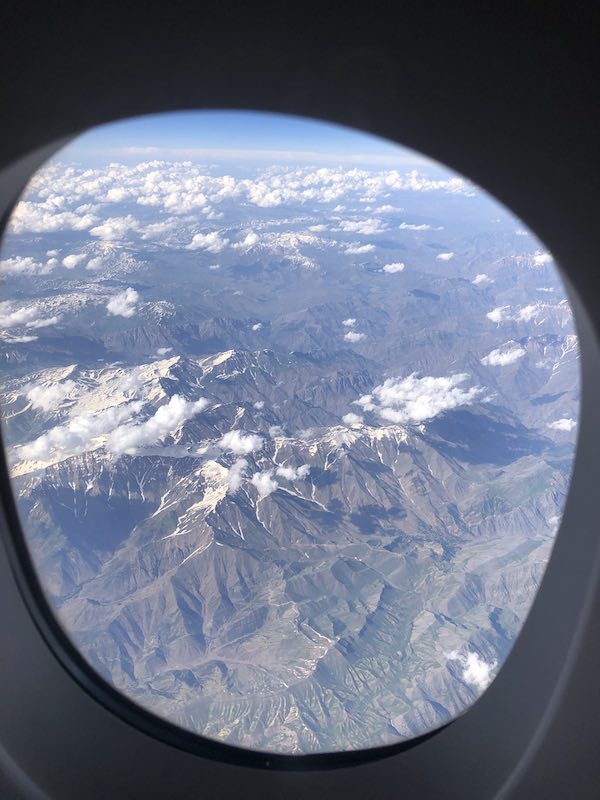 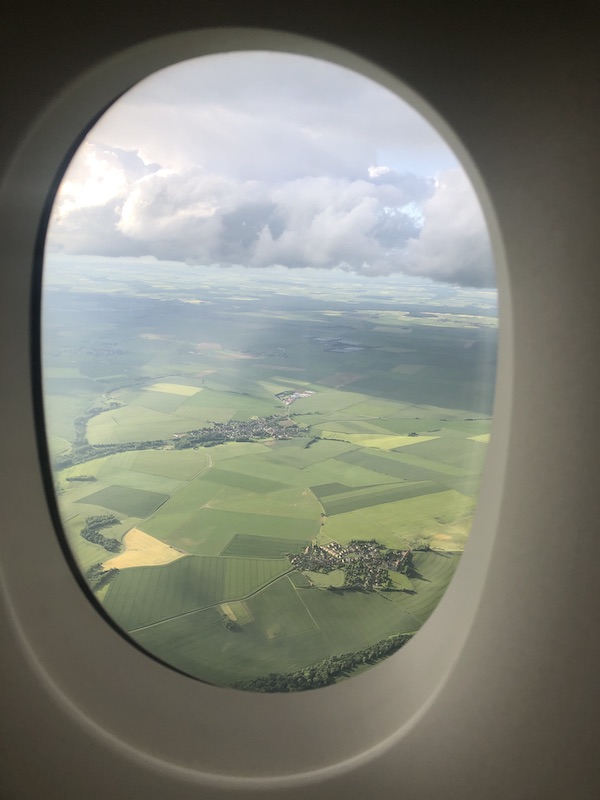 Once in Turkey we make a left turn and head towards the Black Sea. The mountains become greener as we approach the sea, quite a contrast to the mountain approach from Iraq. Beneath us a Qatar aircraft passed by, an impressive sight to see. Crossing the sea was uneventful as clouds covered the view once again. Almost perfectly timed the clouds parted to reveal the tidy farmlands of the Romanian coastline. A few years ago I visited a town north of Bucharest and the landscape from the sky reminded me of those fields ploughed by mules.

The flat farmlands gave way to wooded hills and ranges as we cross Romanian lands where Vlad the Impaler once ruled.  As we fly over the green rolling countryside of Romania I’ll give a brief run down on the flight itself. We’re flying on an Emirates Airbus A380 sitting in the second row of the lower deck. The seating feels noticeably tighter than our earlier flight, on which the seats we are sitting in were replaced with toilets. Due to the curve of the aircraft, the seats don’t quite perfectly align with the ones in front, which makes it feel slightly off. The entertainment selections appear the same, albeit on leaser quality and smaller screen. 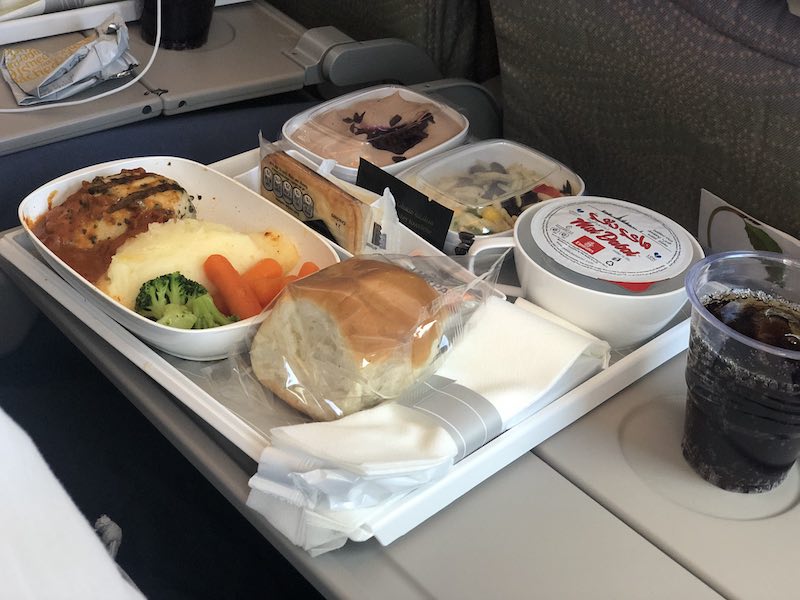 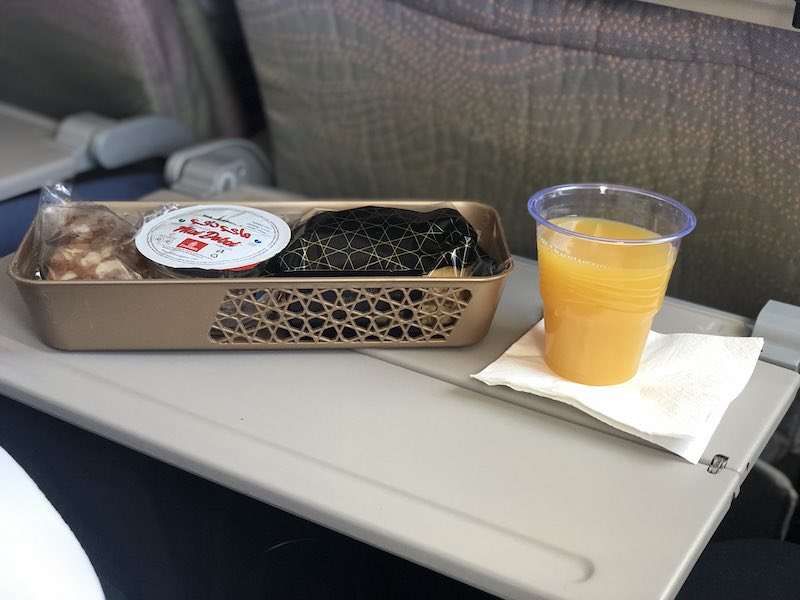 The crew on this flight seemed a lot happier than the flight from Melbourne, with some even smiling. Meals were first served about 40mins after take off with choices of fish or chicken. We both went for the chicken, which, although not as nice as the perfect steak on the ground, was quite edible.

We crossed into Hungry (where our holiday will end in a month) before overflying Slovakia and the Czech Republic at which point the crew served the next meal. The second meal (which was our sixth meal in the last 21 hours) was a turkey and cheese sandwich and a date and ginger cake. I think that will be our last meal today. Definitely full! 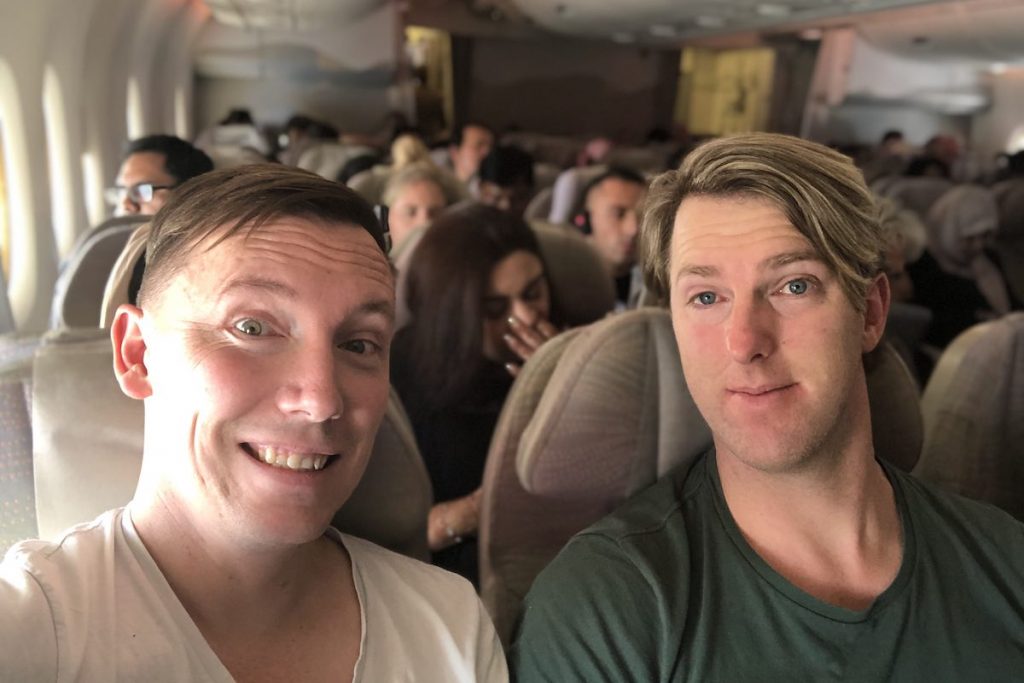 The final hour and a half took us over Germany before crossing into France with a slight flyover of Luxembourg and Belgium. The journey from Dubai has flown over at least 12 countries in the 6 and a half hours. Pretty impressive for someone who lives in a county it takes 4-5 hours to cross. On arrival into Paris, most of the French passengers were getting their bags down while the crew disarmed the doors (while still moving). The immigration and baggage claim was speedy and before long we had tickets in hand ready to catch the TVG to Paris Disneyland where this blog is coming to you from.

After a door to door journey of 26 hours, it is time for bed now. Tomorrow we explore Euro Disney! 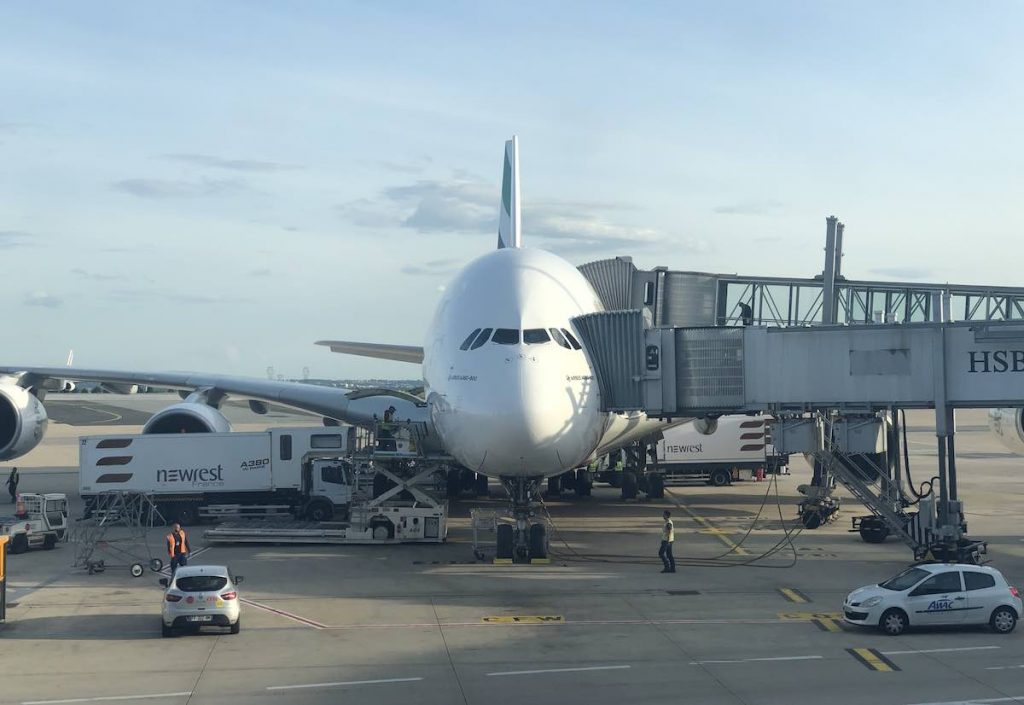