Terminal: I took the unusual step of checking in a bag today so on arrival I used the priority check in counters where my bag was quickly tagged (including priority tags) and on its way for our aircraft. A quick trip down the escalators and it’s time for some relaxation in the lounge before boarding. After tweeting @virginaustralia a few times in the last week about their policy on taking photos of the Tarmac, I was warmly welcomed by name (before giving my boarding passes) by the lounge supervisor. This was a nice touch and smoothed over any ill feelings regarding my last lounge visit.

The lounge itself is mid way through construction to what will become an expanded lounge. Despite the construction there were still plenty of seats even by the window to spend the time before boarding. 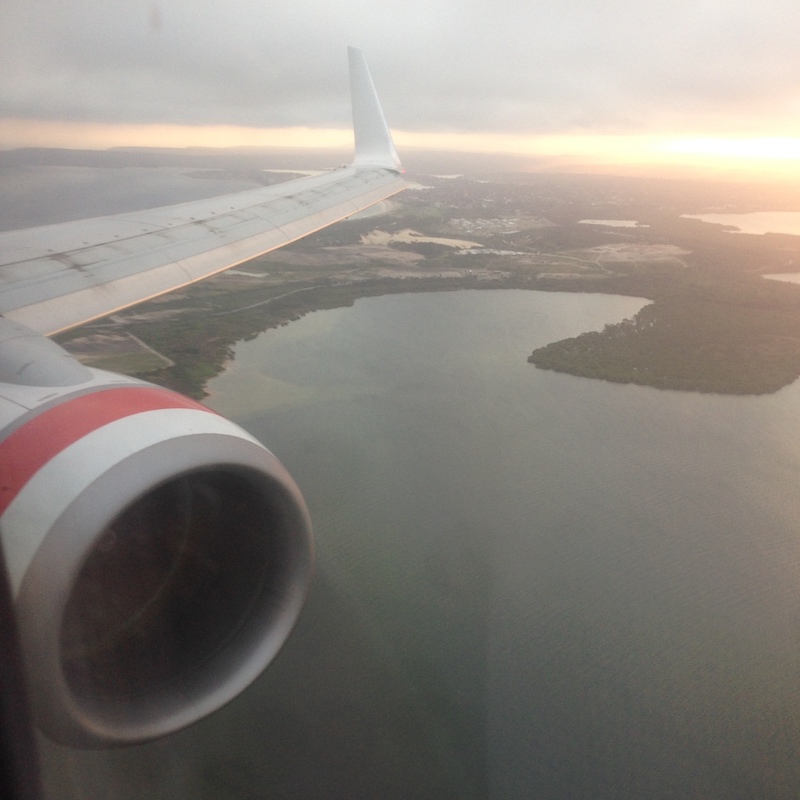 Departure: Boarding was called in the lounge leaving plenty of time for a quick bathroom call, clear security and then make our way to Gate 8 where the priority boarding queue was waiting for an efficient and seamless boarding process. Pushing back a few minutes early and with little traffic on the Tarmac this Saturday afternoon we were number 1 for take off to the west, after which we made a few right turns for the 1hr 3 min flight time to Sydney. Plenty of time to write a review while enjoying the Virgin Australia service.

Seat:  7A. It’s been a while since I’ve ventured this far back down a 737 however it appears that this was as good as a gold could get on today’s flight. Each seat is the standard Virgin Australia economy seat dressed in grey leather with alternating purple, red and grey adjustable headrests. The wings on the headrest seem to click back into the original flat position if you lean on them which make them less useful if you want to support your head during an inflight nap. The recline isn’t that extensive on this particular plane and several seats seem to have been reclined one too many times and have a permanent lean to them as was found during the preflight safety demo.

If you enjoy watching the safety demo up close then this row is good for you as the crew member stands between rows 6 and 7 (at least they did on this flight). Otherwise the legroom is ok for this average sized travel blogger and if width is an issue the armrests retract (providing your neighbour is open to sharing their personal space with you.  The tray table is the standard fold down type but unfortunately lacks a lip so it’s quite hard to keep your snack from sliding off the table during the flight.

Aircraft:  Boeing 737-800 The exterior of this aircraft is painted in the new Virgin Australia livery however the interior sports the traditional (non BSI) overhead bins, paneling, air vents etc. The cleanliness of this plane today wasn’t up to the normal Virgin Australia standard with some crumbs on the seat and rubbish remaining in the seat pocket on boarding. 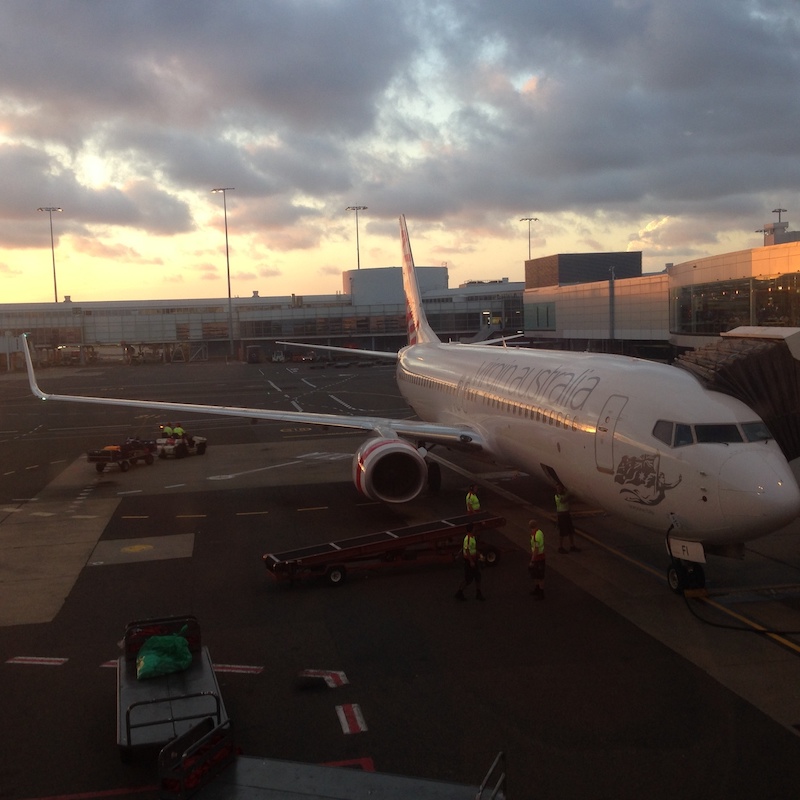 IFE: The rollout of the wireless inflight entertainment hasn’t made it to this aircraft yet however the Live2Air TV screens remain offering Foxtel channels to passengers in the main cabin. The system works well however the glare on the screen can make it difficult to see what you are watching on a daytime flight. Overall my preference for IFE firmly lies with setback IFE screens however it seems that many airlines including Virgin are looking to reduce the overall aircraft weight and go BYO wireless. 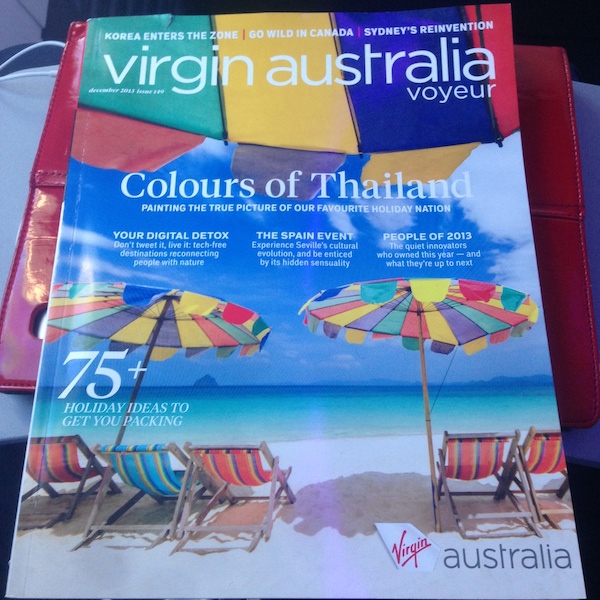 Meal: Tea, Coffee and Water are complimentary in this service unless you purchase a flexi fare in which case a meal is provided. Despite being on a health kick and theoretically a healthy eating plan I lashed out and got a spotted cow cookie and sprite for this short flight. The Cranberry & white chocolate and triple chocolate fudge double pack are amazing! *Update – Since flying this route Virgin Australia have began a trial of offering free snacks on the Melbourne Sydney route.

Arrival: Shortly before decent commenced the captain advised that there would be a few bumps on  arrival into Sydney due to some tropical afternoon showers that were passing the Sydney area. True to his word we had a few minor bumps as we passed through the first layer of cloud but then the rest of the decent was relatively smooth. We were fortunate enough to have what I’d call one of the best approaches in the world as we flew past the harbour bridge and opera house proving a magnificent view of Sydney.

We arrived at the gate a little early and was pleased to see that priority baggage worked just as it should, with my bag the third out of the carousel.

Crew:  The crew were a mix of old, young and in the middle staff flight attendants today however were really friendly on boarding, welcoming me back on board, and friendly during the meal sales service. The short interactions I had were all positive and given how few you have (or need) on a flight this short the service was fine.

Overall: A nice welcome in the lounge and a productive and comfortable flight to Sydney made me rate this flight pretty good overall. A cleaner aircraft  and a seat in row 3 would have improved the overall rating but generally good.