Terminal: The word cute comes to mind when trying to describe Coffs Harbour airport as I begin to write this Virgin Australia flight review. It’s a small regional airport that only sees a handful of flights a day so don’t expect too much in the way of big airline comforts or facilities. The terminal is divided into two sections for arrivals and departures which are only accessible to each other by going outside. The small check in hall houses all airlines of which Virgin seems to be winning on the real estate occupancy front. 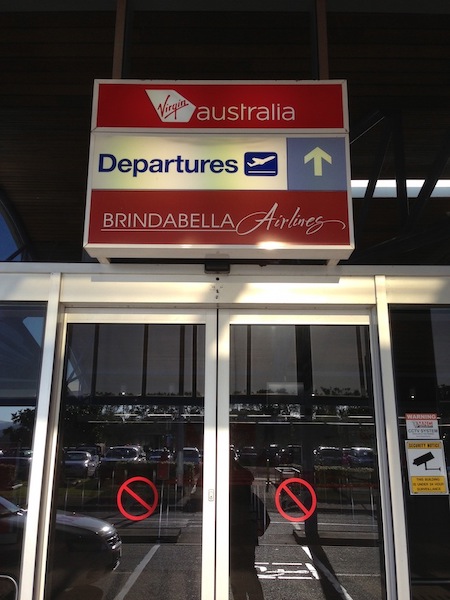 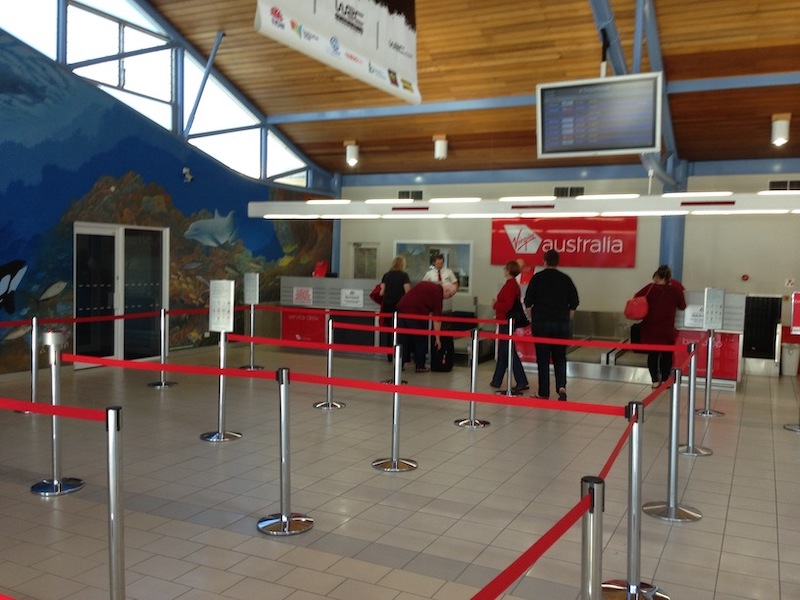 Immediately to the right of check in is security where almost everyone is randomly selected for explosives testing (i think they might get a little bored). Once past security there is a small combined bar/coffee shop/gift shop, plenty of seating and 3 departure gates (that all pretty much lead out onto the same Tarmac). There’s no lounges although I noticed there was a Qantas wifi hotspot (although I couldn’t connect to it). If you need to charge something quickly there are a few power points around which you can easily hook yourself up with. Overall a really quaint and cute little airport but somewhere you wouldn’t want to spend more than 30minutes in unless you had a good book or a heap of work to catch up on. 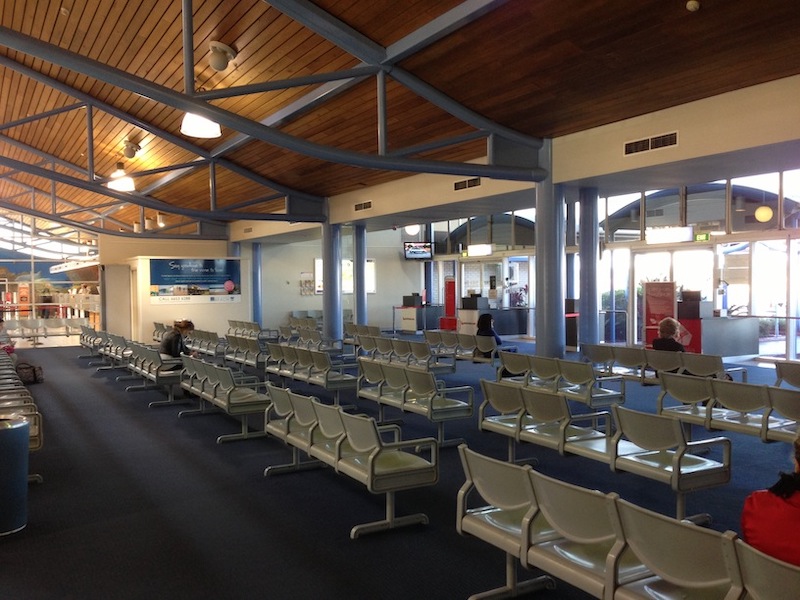 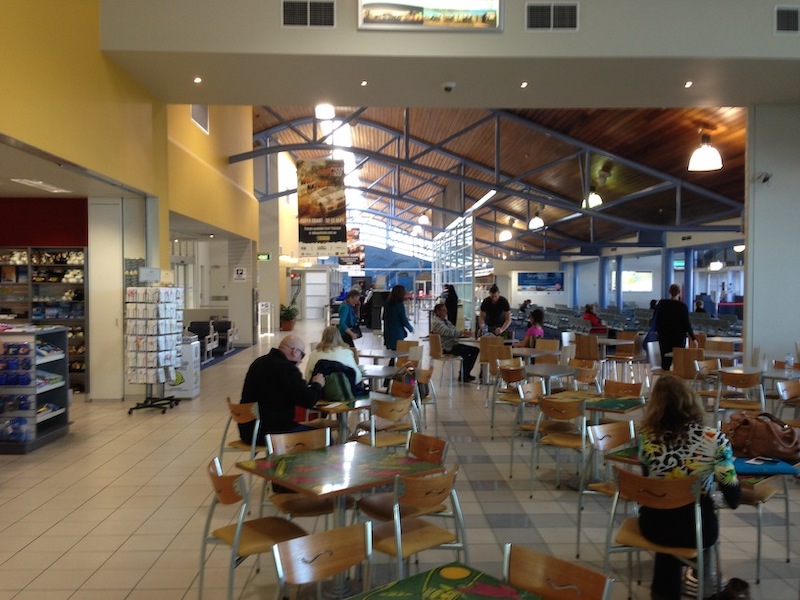 Departure: Boarding was scheduled for 15:50 however as there was only about 40 people in the terminal it wasn’t that imperative that boarding commence right on schedule. However in a surprise and first for this traveller, boarding today was a completely manual process with hand written boarding passes issued to every passenger. Those who had checked in at the airport were already issued with these however people like me who had used mobile boarding passes had to wait to the side while a manual boarding pass was written and issued. This resulted in me boarding last. I joked to the ground staff that they could write 1A on my boarding pass instead of 4A however the joke seemed lost on her so I wandered off and boarded the flight. 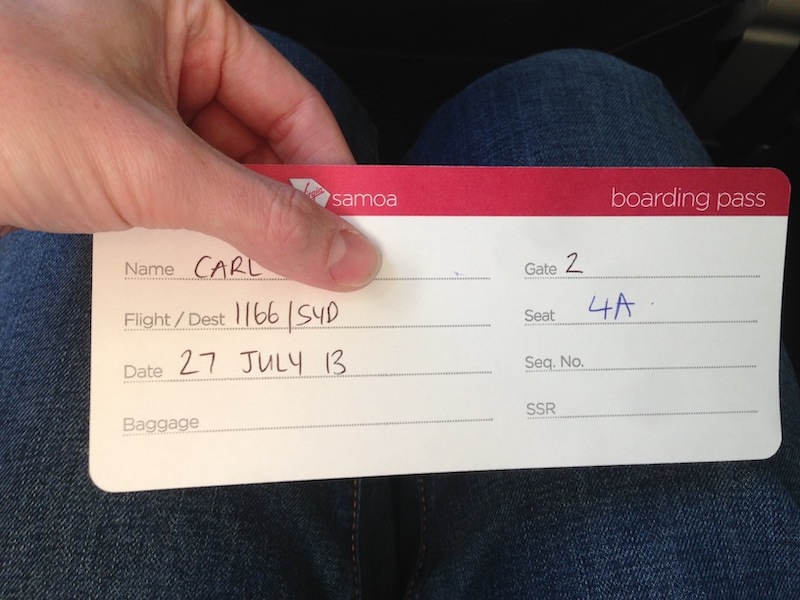 Although modern aerobridges are comfortable and convenient it is sometimes nice to take those steps across the tarmac, climb the stairs and maybe even turn and wave to no body in particular before stepping onboard your flight. For those of you who like that pseudo presidential feeling, then Coffs Harbour airport might just be the place for you to board your next flight.

Once I was on board the final door was quickly closed before we ran through the quick safety demonstration and were ready for take off. The lack of aerobridges in the way means aircraft can come and go without the need for tugs, so once ready the crew fired up the engines, made a sharp right U-turn and headed for runway 21. A short backtracking exercise probably provided an extra 100m of available runway before we took for the skies. The view of the beaches from the left hand side was a nice way to end my view hours in Coffs Harbour today. The flight pretty much followed the coast all the way to Sydney so if you wanted to watch the coast then an A seat would definitely be worthwhile for you.

Seat:  4A. The second row of economy this row provides just the standard legroom with no particular special perks associated with it other than being closer to three front so it’s faster to disembark and you get served your complimentary water a little faster. What I like about the E190 however is the 2-2 abreast seating which feels really spacious, especially when the seat next to you is vacant like it was for me today. 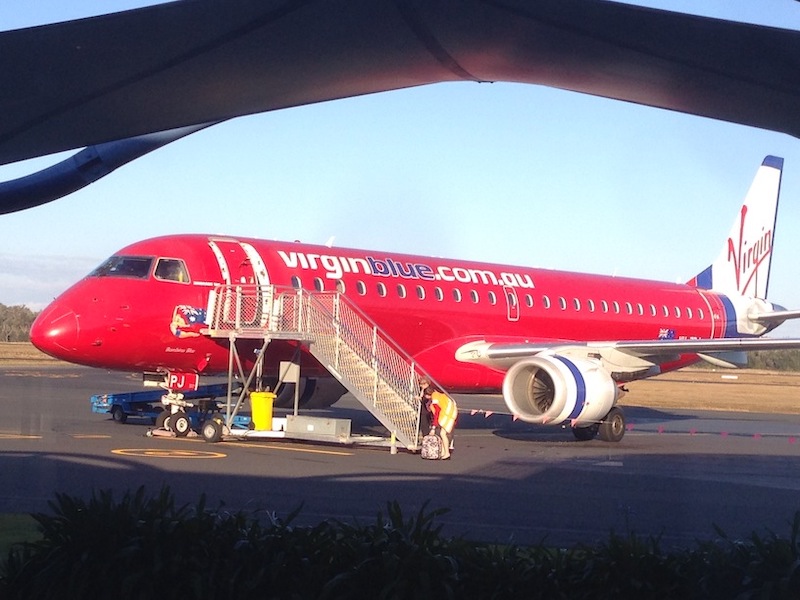 The seats recline as normal for economy, feel slightly wider, the centre armrest retracts and they are dressed in the standard charcoal grey leather that most of the virgin Australia fleet wear. The tray tables are bigger (at least they seem bigger and more usable than on the 737 and its easy to work on them with the iPad or if you purchased a meal, eat it.

Aircraft:  Embraer E190. (VH-ZPJ) I’ve said it before but I really like the E190; it’s smaller than the 737, feels more cosy/comfortable yet has the speed, space and feel of a bigger jet. Now that Virgin have finally installed business class this bird has 6 business class seats in a 1-2 configuration before a short purple Perspex divider and the remainder of the economy cabin in a 2-2 configuration. 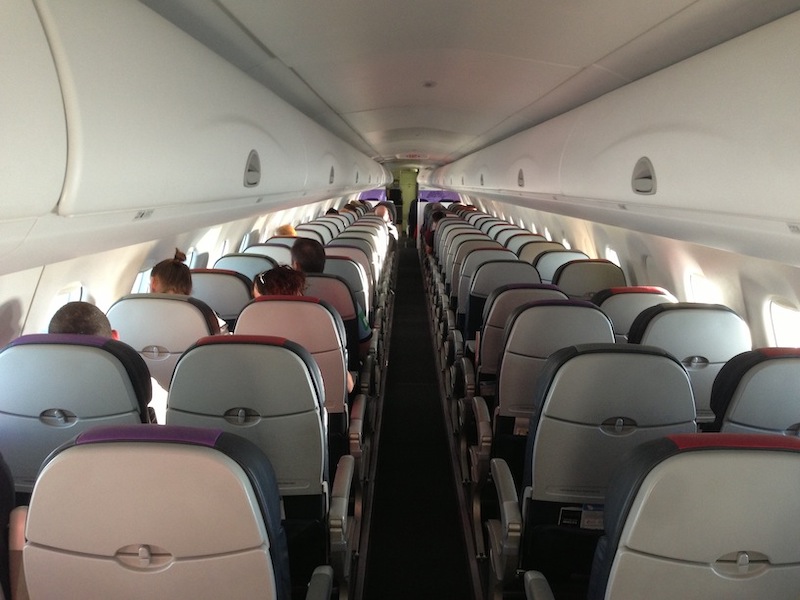 The windows on the E190 also feel bigger than the 737 however I think they are actually just a fraction wider. Unfortunately this seat (and almost all seats) don’t align well to the windows and thus you need to learn forward, or awkwardly backwards to get a view.

IFE: No IFE on these E190’s so it’s a BYO deal or you can read the inflight magazine. I’m not sure if Virgin extend there tablets for hire on the E190’s but on this short sector it would hardly see, worthwhile.

Meal: Depending on the route, fare type and travel class the meal options, and whether you need to pay or not will vary on Virgin Australia so it’s best to check the website or your ticket for inclusions. As a general rule of thumb, the cheap fares on short flights get very little. This short hop included complimentary tea, coffee and water plus a range of meals and snacks for purchase. The water is all I needed today (with the optional addition of a chocolate bar I brought with me).

Arrival: On approach to Sydney the captain advised that we had been slowed by air traffic control and that we would be experiencing a 10minute delay (when was the last time anyone arrived in Sydney without an ATC delay of some kind). After that notification I noticed we did a few orbits here and there before heading again towards Sydney for our arrival. The skies around Sydney looked very hazy with the setting sun giving the atmosphere an orange to pink to purple tinge. 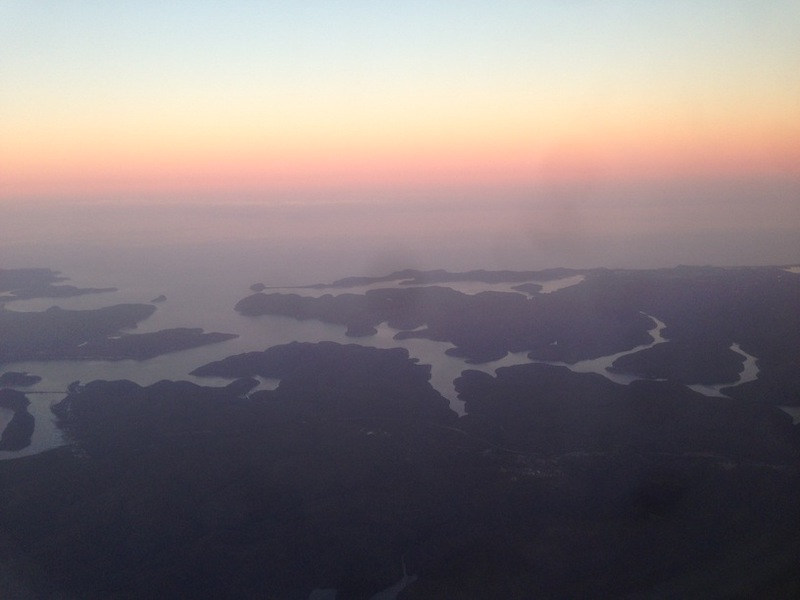 Crew:  The crew seemed friendly when passing out the free water however other than that and the hello and goodbyes the crew didn’t really interact much (and nor did they need to). The flight was probably around a 30-40% load factor and the 1 passenger in business class didn’t want any service so it was a pretty easy sector for today’s crew.

Overall: Quick, comfortable and enjoyable flight down to Sydney. Qantas link use the Q-400 on this route and although I didn’t mind it, I think I’d probably take the E190 instead. My short day (ok 2.5hours) in Coffs Harbour was really enjoyable so I’m pretty sure that thus flight wouldn’t have felt wrong even if it were (which it wasn’t).