Terminal: Before Canberra opened the doors to its new shiny airport Adelaide airport held the title as Australia’s best capital city airport. Alas Canberra is open now so the airport no longer holds that crown however for a city the size of Adelaide the airport is pretty impressively laid out. Unlike its bigger city cousins, Adelaide operates a common user terminal that includes swing gates that can be switched between international and domestic use. 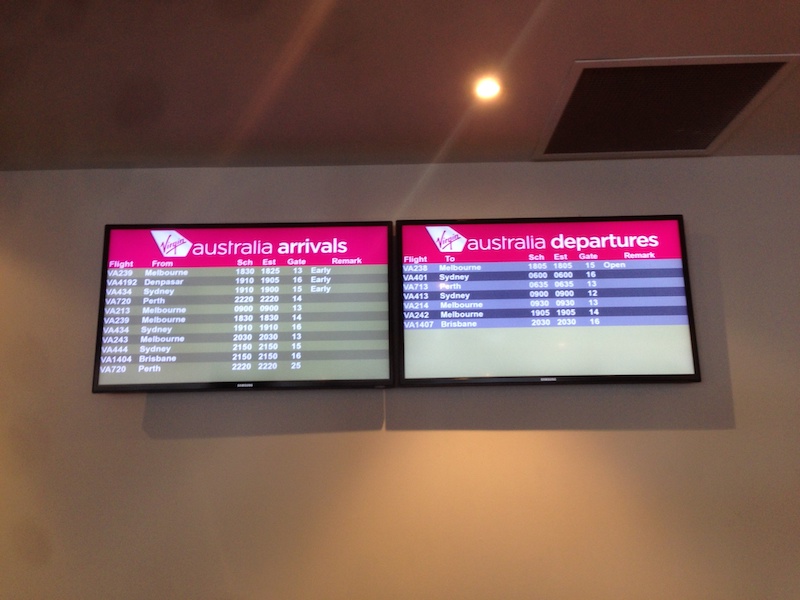 The airport terminal is pretty straight forward with a long straight row of gates with Qantas primarily at one end, Virgin and Tiger at the other and international flights in the middle. There were more shopping outlets than I thought there would have been, and had I not been running late I would have explored a little more.

Virgin Australia also has a lounge in the terminal which will be reviewed separately.

Departure: I was running a tad late to he airport after a day sightseeing around the Adelaide region arriving at he lounge just in time for boarding to be called. Due to the early arrival of the inbound aircraft we managed an on time departure and a predicted early arrival into Melbourne with a 54min flight time. A short take off roll before climbing out over the water before making a few turns above the scattered clouds and grabbing that tailwind to Melbourne.

Seat: 4F. One row makes a huge difference. After flying across to Adelaide in row 3, row 4 feels quite cosy on the return sector. If you measured seat pitch in windows, you get 1 in row 4 instead of the 3 in row 3 (how appropriate). Fortunately the flight isn’t full and the centre seat is vacant making a great tray table for drinks while both me and the guy on the aisle work on our iPads/laptops. 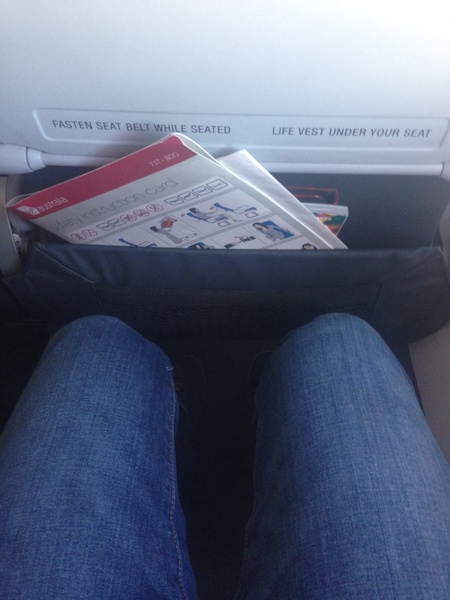 The seats themselves are the standard edition charcoal grey leather seats with alternating red, purple and grey headrests. Unlike row 3 the tray table is the standard fold down from the seat in front type, which I actually think is slightly more sturdy than than armrest foldout in the rows in front. Personal air vents and reading lamps are found in the overhead console. 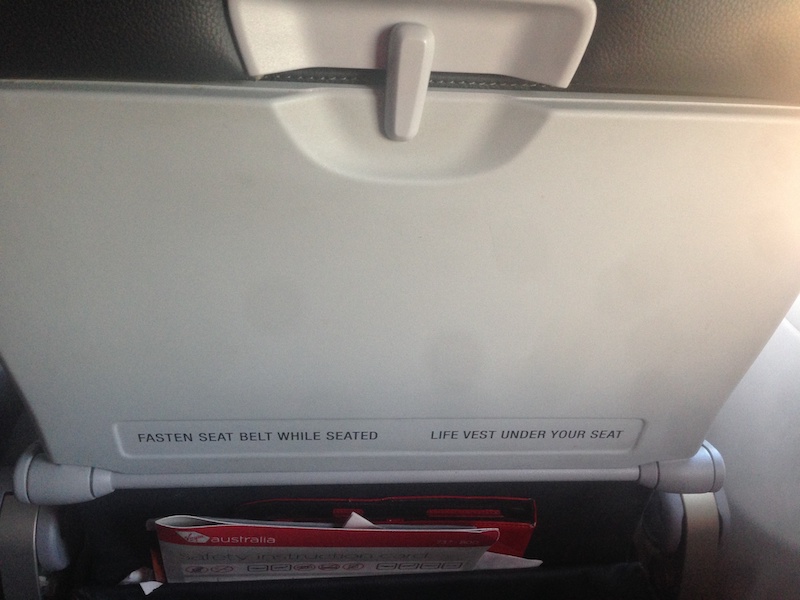 Aircraft:  Boeing 737-800 (VH-???). Painted in the new’ish Virgin Australia white livery this aircraft is also fitted with he BSI interior making it feel much more open and spacious than the non BSI birds. The overhead luggage bins are also slightly larger making it easier to store your carry on. All 737’s in the Virgin Australia mainline fleet now include a small business class cabin of 8 seats separated from the main cabin by a bulkhead which is topped with purple Perspex. 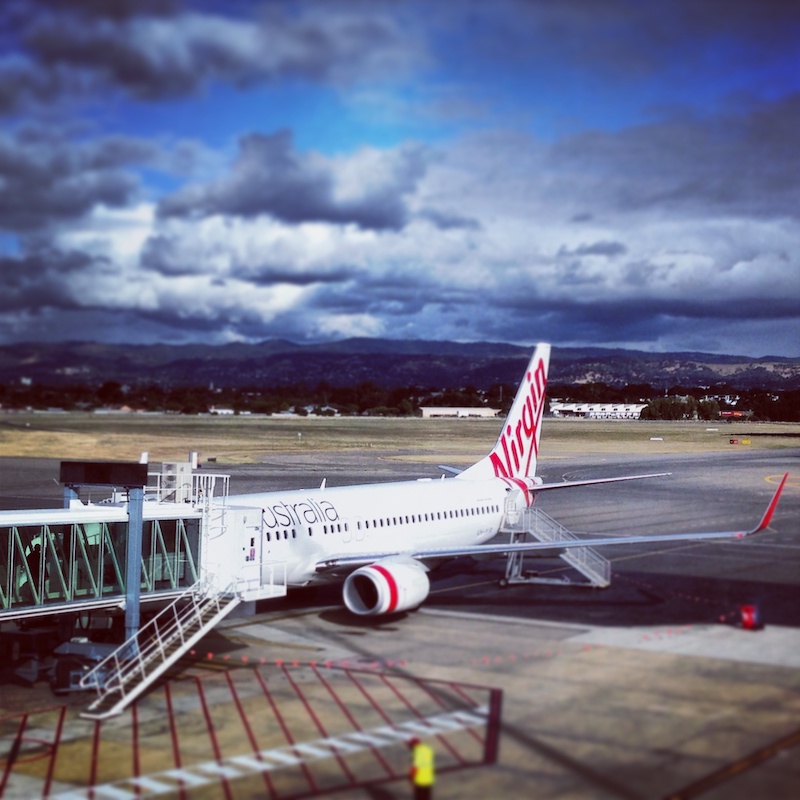 IFE: Wireless IFE streaming is provided onboard this aircraft whereby you download the app to your device, connect to the WiFi once the seatbelt light goes off and then have access to a wide range of movies, audio, TV programs and destination/airport guides. It is a BYO device system meaning you need to come prepared with your own device if you want to access the system. This might leave some travellers IFE’less if they don’t have their own device. Also it’s important to note that the app needs to be installed and activated prior to boarding the aircraft as it cannot be downloaded onboard. 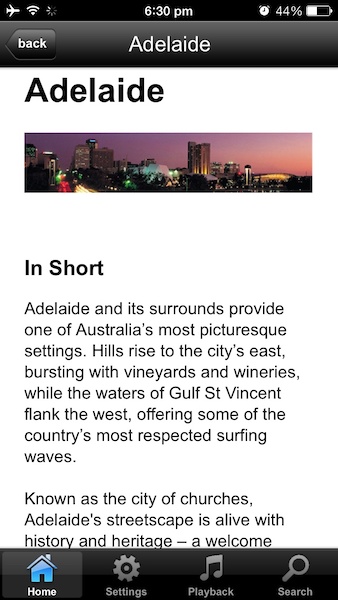 Meal: No free food on this flight but for $8 I lashed out and got myself a can of sprite and a packet of cheese and biscuits. I felt like something savoury so this seemed the best choice. The buy on board program actually isn’t too bad as the food you can buy is better quality and portion size than the free snacks often given out. I didn’t heart the cheese and biscuits I ended up buying, but have previously really enjoyed the cookies! 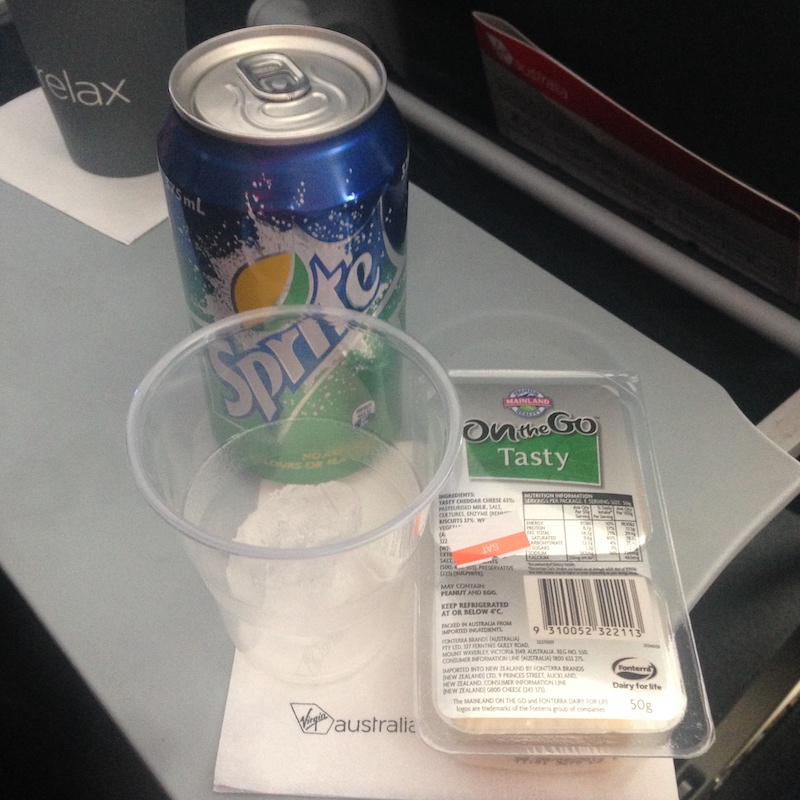 Arrival: Due to a nice tailwind we arrived in Melbourne 20mins ahead of schedule. Overcast conditions and a gusty 50kph southerly wind provided a few bumps on decent and landing which captain advised would happen however these weren’t significant enough to distress even the most cautious flyer. 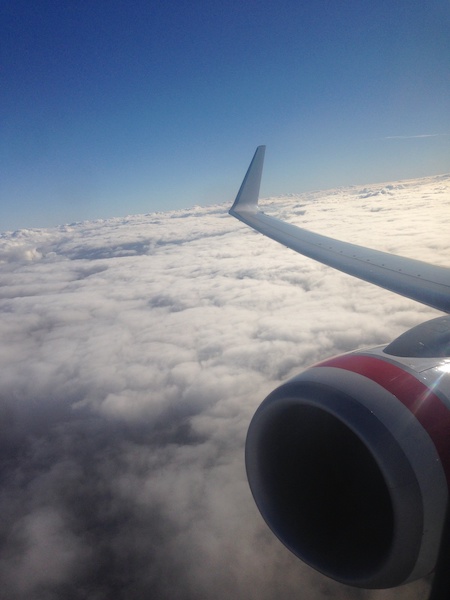 Crew: The crew provided a warm welcome while boarding and welcomed me back on board this afternoon. The meal sales process was a little slow however the crew were really friendly and happy to help out a passenger who required wheelchair assistance deplaning so overall I’d rate the service level pretty high. If you don’t have anything bad to say, it pretty much means the service was good on such a short sector where interactions are few and short.

Overall: An on time departure and an early arrival made this flight literally fly by, and the spacious BSI interior coupled with the warm and friendly crew  made the short flight enjoyable.