A #justforfun daytrip isn’t complete without an early morning wake up, a trip to the airport and flight to somewhere I haven’t been before. As winter is coming, I chose to escape the fast approaching cool Melbourne day, for a warmer day in Byron Bay. In typical fashion (for me anyway) I only had a short amount of time to arrive, see as much as I could, then return for my afternoon flight home. This time that was a generous 5 hours. Unlike my normal day trips, where I pretty much have nothing planned, today had a sense of purpose about it, as I wanted to go to the eastern edge of Australia.

Securing a car was easy on arrival, so with transport for the day sorted, I approached the friendly tourist information desk for some advice on the best way to see the edge of Australia. Their advice was simple yet useful; drive to Byron, avoid the lighthouse car park as they’ll charge you $7, find a smaller beach nearby, park there, and then take a scenic hike to the point instead. They offered directions to Byron Bay itself which I declined, presuming it would be well sign posted as it’s a major icon along the east coast travel plans of many people who visit Australia. This was, in hindsight, an error. 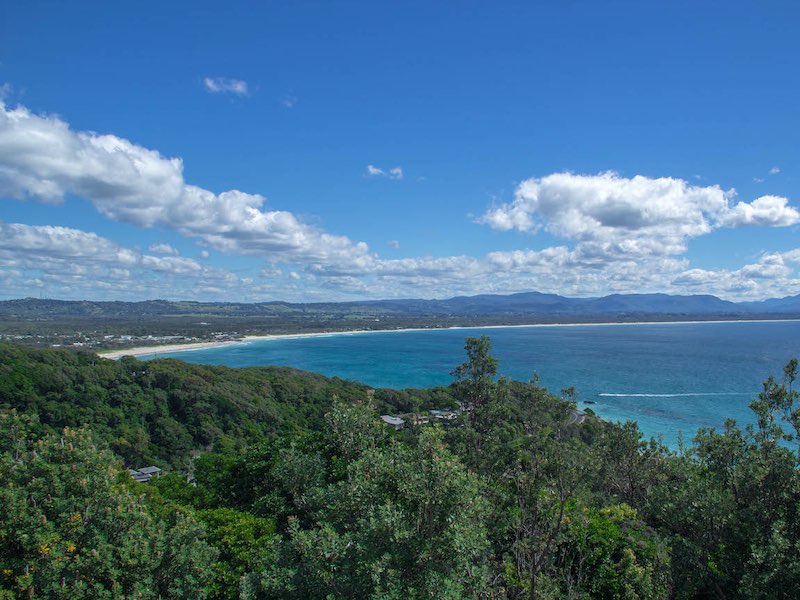 Driving out of the airport I decided to follow where the majority of cars were heading, as the signage wasn’t that great… a few U turns later and it felt like I was heading in the right direction. I was actually heading along the freeway towards Tweed Heads, but eventually found an exit that felt right, so took it and luckily enough it ended up in Byron Bay. My detour from the normal approach, exiting the freeway at the Banaglow exit, was rather scenic once you got off the freeway and drove along the narrow windy road into Byron. The trip home was much easier to follow along the coast which is probably the main road in from Ballina.

Arriving into town I drove down the main street as quickly as one can before heading out to find a small beach to make a hike up to Cape Byron. The visitor information centre suggested Wategos Beach because of its free parking, however the transient backpacker population also found this a popular spot to relax for the morning, dry some washing or just sit back with a cup of tea and look out over the beautiful beach. Thus, I backtracked to The Pass where ample paid parking was available. A quick chat with the surprisingly friendly ticket inspector to work out how long the walk would take, a $12 purchase of the relevant parking ticket, and I was set for my walk to the cape. 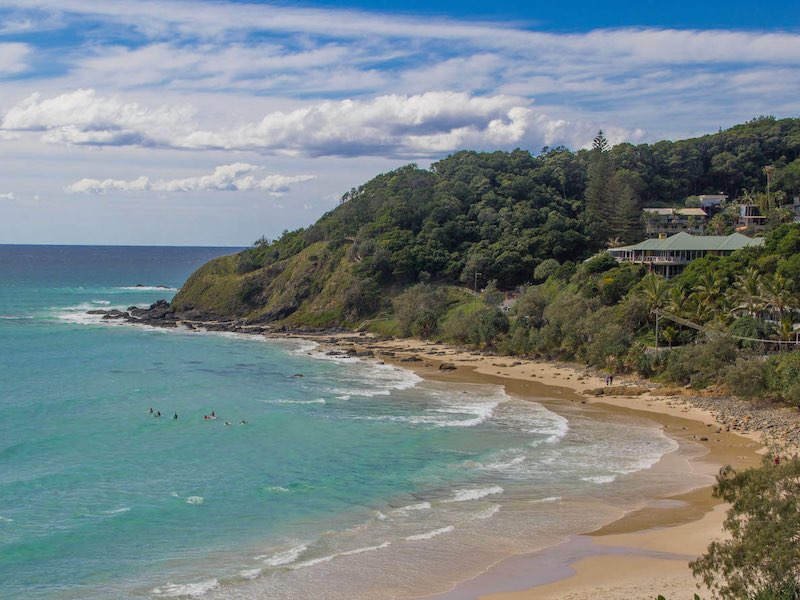 Although costing me more than the parking at the lighthouse itself, it gave me a longer walk, more scenic views (especially of Wategos beach) and a bit more time to explore. Given I’ve been lazy with my exercise regime lately it was also a bit of a wake up call as I gasped for breath during each uphill section of the walk (something that would previously have never bothered me). Fortunately the track is also frequented by those who haven’t been lax with their exercise programs, as they fulfil their weekend run obligations, sometimes sans shirts; which provided more scenery and a tad more motivation to keep on walking. 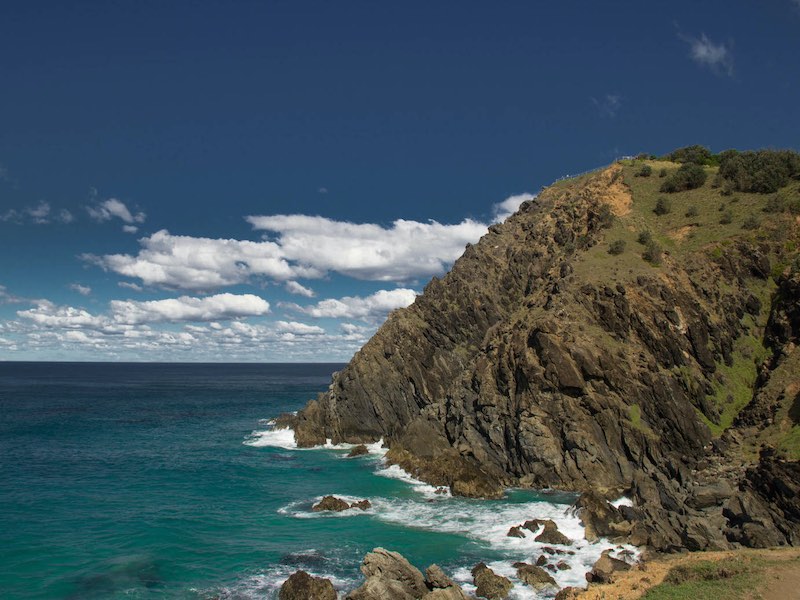 The walk through the nature reserve is really beautiful and the amount of wildlife that you can see here was surprising given how close it is to the township. I saw a wallaby, wild turkeys, dolphins, stingray, eagles and more all from the walking track and all within just a few hours. It pretty much captures a large amount of the iconic images of Australia within the reserve; nature, animals, beaches, untouched beauty and the occasional “bronzed Aussie surfer”. There is a sign marking the most easterly point of Australia, which is where I filmed this quick video blog and many tourists posed for an obligatory photo at the edge of Australia.

The lighthouse itself is beautiful to look at and has been lighting up the point for over 100 years. I wasn’t able to climb it as the tours were fully subscribed for the day so instead grabbed a quick hot drink at the café beneath, which provided the energy for the walk back to the car, following the same path but getting the reverse view. 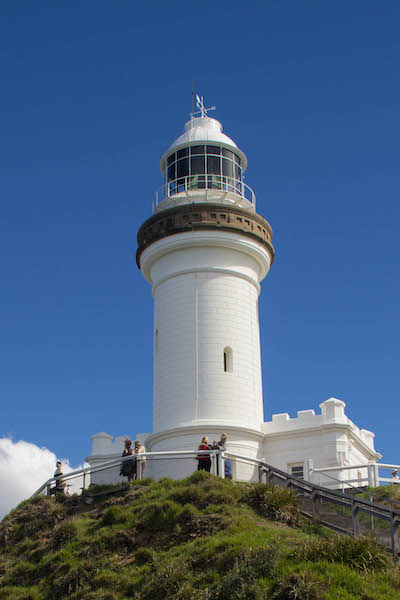 I was drawn to Byron Bay because I wanted to have been to the most easterly point in Australia. In retrospect, the natural beauty that surrounds this point is probably replicated at many other points along the coast, but because this one has a title (the most easterly point) it attracted me, presumably, like many other tourists, because of the sense of achievement that it brings; I’ve seen the biggest this, tallest that, furthest, longest, widest, fastest, slowest; the list goes on. 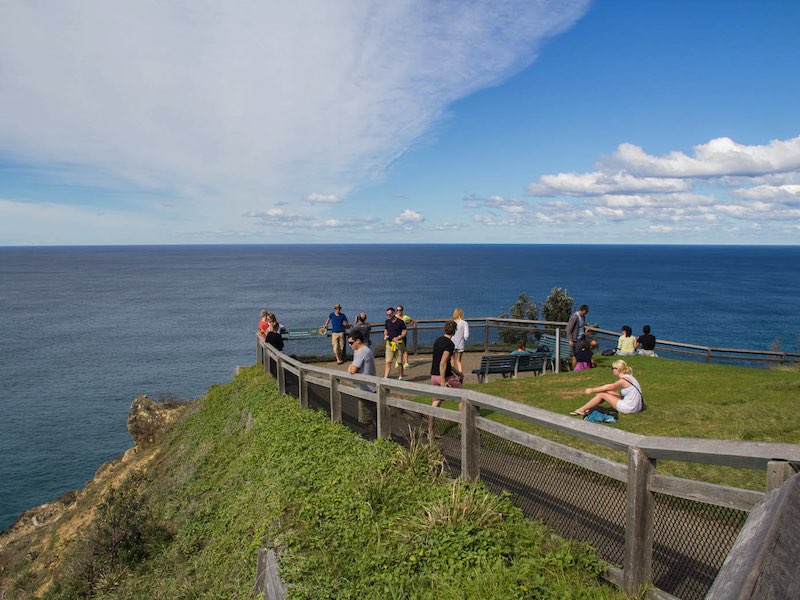 Whatever your motivation, I’d definitely recommend visiting Cape Byron as the natural beauty and opportunity for wildlife viewing is spectacular, regardless of where it happens to be placed according to a compass and a map. 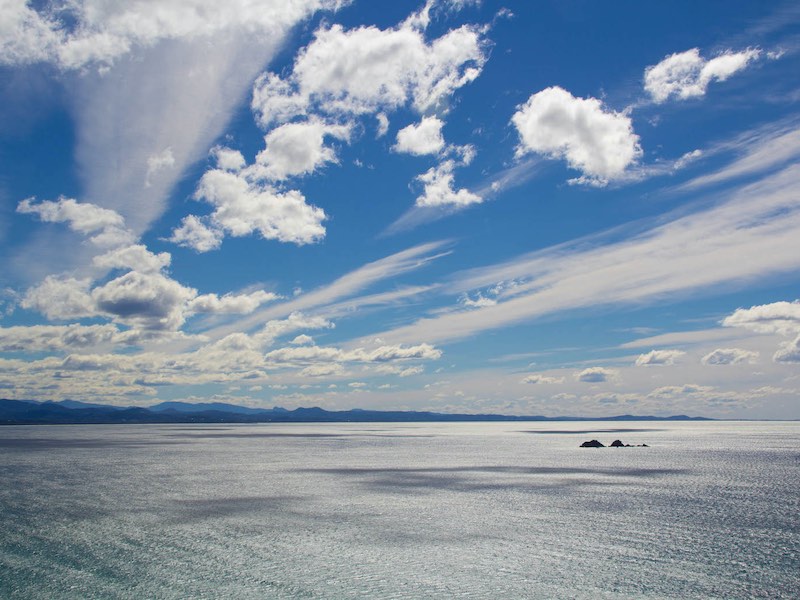